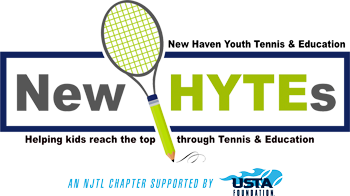 Individuals and initiatives that have helped strengthen and expand town-gown ties were honored at the annual Seton Elm and Ivy Awards reception on April 25.

Elm Awards honor individuals and organizations from the city, and Ivy Awards go to those from the university. Yale President Peter Salovey and Board of Alders President Tyisha Walker-Myers presented this year’s awards.

In addition, a Special Elm Ivy Award was presented to New Haven architect Cesar Pelli, former dean of the Yale School of Architecture.

The Seton Elm-Ivy Awards were established in 1979 through the inspiration and support of Fenmore (Class of 1938) and Phyllis Seton, who established an endowment at the Community Foundation for Greater New Haven to support the awards ceremony. The first Elm and Ivy Awardees were named in 1980. Since that time 428 individuals and organizations have been honored, including three married couples who received joint awards.

In his 26th year as the Yale University Men’s Tennis Coach, Alex Dorato isn’t only the winningest tennis coach in Yale history, he is also a shining star in the community as he brings the concept of T-E-A-M, TEaM, – Tennis, Education and Mentoring – to New Haven youth. In tennis, love reflects the score of zero, but Alex Dorato has taken his love of tennis and translated it into Ad-ins, or advantages, for New Haven youth, and the return has been strong and life-changing.

As President of the Board of Directors for New HYTEs (which stands for New Haven Youth Tennis and Education), Coach Dorato has raised awareness within Yale University, Yale alumni, and the New Haven community on the value of providing tennis, education, and mentoring as a pathway to wellness and higher education. His natural ability to create and strengthen relationships between the New Haven Public Schools, the New Haven Parks Department, and the university to secure equipment and access to tennis courts and tutoring space provides New Haven youth the opportunity to play the game of tennis while preparing for the future both on and off the court.

Coach Dorato has overseen the growth of New HYTEs, from serving 10 kids in 2008 to nearly 500 today. Early on, Coach Dorato, with the support of Yale’s tennis staff and the men’s tennis team, created flagship programming designed to provide life skills mentoring, academic tutoring and tennis development to local New Haven Public School students. Throughout the school year, students participate in afterschool programming at the Cullman-Heyman Tennis Center at Yale. Sessions begin with a healthy snack and introductory activities, followed by an hour of tennis instruction and an hour of mentoring and academic tutoring provided by a group of volunteers that includes members of the Yale tennis team. During the summer months, local youth participate in the Summer Academy where they continue to receive tennis instruction and engage in life skills and academic support activities. The ultimate goal is to help guide students on a path to college and for New HYTEs and its mentors to support them throughout college to graduation.

Alex Dorato is an exemplary mentor to his Yale tennis team, New HYTEs youth participants, their parents, and the New HYTEs staff who work beside him each day. For serving up aces with his vision and selfless dedication to positively changing lives of New Haven youth through the sport of tennis, President Peter Salovey and Board of Alders President Tyisha Walker-Myers present Alex Dorato with an Ivy Award.